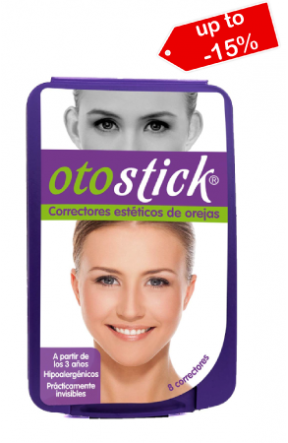 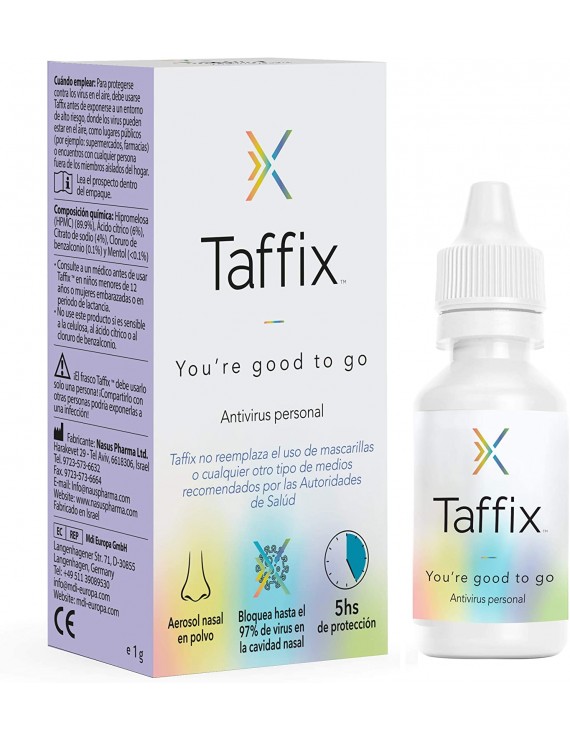 Taffix antivirus nasal spray is a nasal protector against viruses, capable of blocking up to 97% of viruses in the nasal cavity and offering 5 hours of protection.

How to use Taffix antivirus nasal spray:

It should be used a few minutes before exposure to a high-risk environment. Shake the bottle and make two nebulizations into the air, to check that the operation is correct. Blow the nose and then apply 1 or 2 times in the nasal cavity. Finally clean the nasal applicator of the bottle.

It can be used up to 3 times a day. Taffix spray contains menthol, so noticing its aroma inside the nose will indicate that a correct dose of the product has been applied.

Of course, Taffix cannot be shared, it is for personal use to avoid possible infections.

Consult a doctor before using Taffix in children under 12 years of age, pregnant or breastfeeding women.

Discard after 6 months from opening.